Burundi - The Heart of Africa 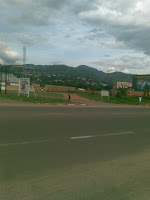 Its a chilly Tuesday morning when I leave Nairobi - the green city in the sun- to Bujumbura, the heart of Africa. As the plane circles the city to locate the runway I can't avoid to admire the beautiful terrain below. The land is very green, the rivers snaking down to lake Tanganyika and the hills a scene to behold. It brings to mind the scenes from the famous movie "Joe young" the huge African bamboon.

Many years of political turmoil have reduced the otherwise would be prosperous country to mere shadow of itself.

With the war over and the promise of a better future of political stability and economic progress, Burundians are working hard to make this promise a reality. The streets of Bujumbura are awash with traders and businessmen doing all they can to make ends meet.

Citizens on the streets put the population of Burundi to about 8m people. Burundi recently joined the East Africa community to try and benefit from trade concessions and economies of scale that are the driving force of the East Africa integration.

Some of the challenges that have made businessmen shy away from this tiny country is language barrier. Its francophone affiliation has been a major deterent to would be investors. Rwanda, its neighbour in the north, embraced anglophone neighbours to try and stimulate its econimic growth and the results are quite handsome. Isn't time Burundi followed suit?

Every saturday is a day for communal work. Residents are required to meet at designted areas of the city and take part environmnetal clean up failure to which one can be arrested and charged.

There are interesting places to visit in Bujumbura, the beaches of Lake Tanganyika are lovely and beautiful. Hotel of the beautiful sin, pictured below has a wierd name. 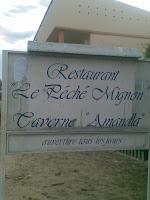 Posted by Daniel Muthoka at 8:31 AM 0 comments 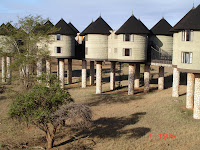 One of the most breathtaking tourist destinations is in Kenya is Taita Hills Game Lodge. Located to the end of the picturesque Taita Hills and Tsavo west game park, this lodge boasts hiding nature's best kept secret.
A morning game safari brought me face to face with 3 of the famous big five. A herd of buffaloes, an overfed group of lions that caught a prey too big for thier appetite. 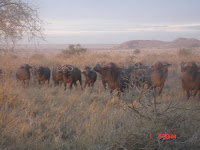 The herd of elephants that I came across was too good to believe. 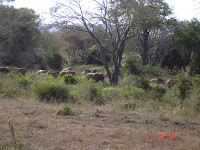 Oh then suddenly I imagined I was Eto'o of Cameroon 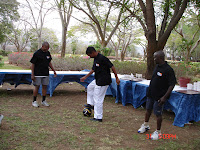 Posted by Daniel Muthoka at 11:55 AM 0 comments

Hi there, I have been running sun systems 4.26 as my accounting package for years using MSSQL 7.0, MSDE 2000, MSSQL 2000 server. Recently i acquired a new state of the art dell machine running Windows vista sp1. Loading Sun systems 4.26. on this machine has become a nightmare. I have installed MSSQL 2005 SP2 and SQL Server management studio express. I have configured the ODBC and i can connect to the SQL server using the management studio. I have installed sun systems 4.26 SP11 and configured it. I have restored the INSTALL file and the Report format file and the Reference file without a problem.
Open in New Window Select All
Posted by Daniel Muthoka at 12:20 AM 0 comments

Quote for the day


Trustworthy leaders are the same on the inside as they appear on the outside.